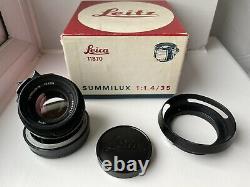 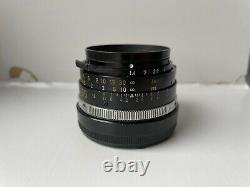 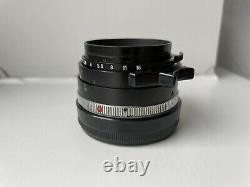 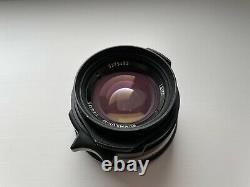 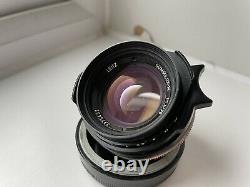 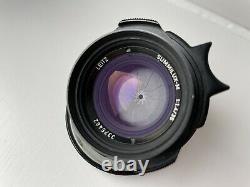 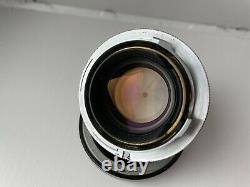 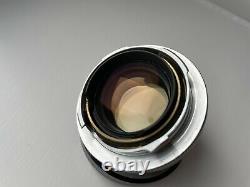 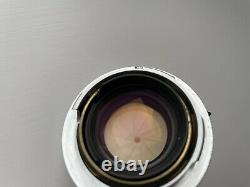 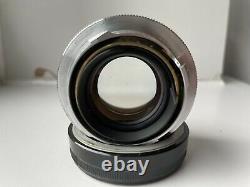 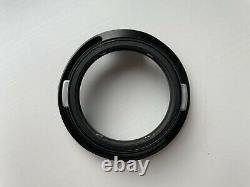 Offered here for sale is a Leica 35mm Summilux f/1.4 Classic Lens - it's a really nice and compact little lens, especially considering its maximum aperture of f/1.4. It's one of the more famous classic Leica lenses, with the'glow' when shot wide open, but it's a pretty sharp lens once stopped down. However, presently I have an upcoming job/city change in the New Year, so practically speaking I'm looking to free up some funds plus I also have a Summicron, which serves me fine, but I'm sure I'll be looking for another of these in the future... This particular example was manufactured by Leica/Leitz in Canada, and the serial number suggests a manufacture year of around 1985. Optically it's not quite a perfect example, but personally I didn't notice that the following points affected my images in any way (in certain conditions it's entirely possible that it could, but I think it's unlikely to be noticeable).

There is some pitting to the front element of the lens - not sure how or why, but it has always been there since I got it, so it's not perfectly smooth. It looks like small dust spots which can't be removed (as far as I know) - see pictures 5 and 6.

There is a moderate amount of dust within the lens, but I never found that it was enough to noticeably affect the images (see picture 11 - a moderate amount of tiny specks has collected towards the centre, with other tiny specks around it too). The rear element of the lens is clean and free from marks, though, and other than the pitting to the front element, it's also free from scratches or other marks. Aperture (London) took the lens in to inspect it (I thought to have it serviced), and their repair guy said that nothing could be done about the pitting to the front element (but that it shouldn't affect the images), and that the dust inside is not that much (and is unlikely to affect the images), so he thought it best to leave it until it's actually starting to affect the images before cleaning it. I've used them a few times in the past and always found them to be honest with their advice, so on this occasion, I didn't get it serviced. Other than the above, the lens body does show some wear to the body and lettering, but the lettering is still legible.

The aperture ring clicks along fine (there's a tiny bit of play in it, but it's nothing considerable), and the focus ring moves fine too. Included with the lens is the Original Leitz Box (the serial number matches the lens), Original/Genuine 12504'Leitz Wetzlar Germany' Lens Hood (note: it does show a fair bit of use and is slightly out of round - see the top/left edge in picture 12 - but it attaches to the lens securely and does its job just fine). I have a push-on front cap for the lens and a rear lens cap, but no separate cap for the hood. The item "Boxed Leica Leitz Summilux 35mm f/1.4 Classic Prime Lens + Hood M-Mount Read" is in sale since Tuesday, December 7, 2021. This item is in the category "Cameras & Photography\Lenses & Filters\Lenses".

The seller is "lt_oxon" and is located in Wallingford. This item can be shipped to United Kingdom.